Micro SD card is a small memory chip which has capability of storing digital data. The Micro SD Card is probably the most significant part of the Raspberry Pi. The whole system is made inoperable without this tiny piece of plastic. As a result, it’s a smart idea to get a best micro SD Card for raspberry pi 4 that can withstand the daily grind of the Pi.

In order to properly function and run an OS, all Raspberry Pi models require a micro SD. With the different brands, prices, and storage amounts available in the market, it’s easy to get confused which SD card is the best option for you. Both operating systems on the Raspberry Pi are distributed as image files. Raspberry pi don’t have its own storage so, to use the pi operating system, the image file must be "flashed" to the micro sd card so you can boot it afterward.

If you have a Raspberry Pi and are looking for a high quality Micro SD Card but aren't sure which one to get, we can help! Follow along as we discuss the raspberry pi recommended Micro SD cards for installing Pi OS and copying other data in it!

Sandisk is known for making quality storage devices and this memory card is no exception to it. The memory card is quite durable and has sturdy design. The card is X-Ray proof, magnetic proof and can withstand harsh temperature environment.

It is a class 10 micro sd card, rated A2 for app performance means it can open programs quite smoothly making it one of the best micro sd card for raspberry pi 4 model. The sd card has read speed of up to 170MB/s and write speed of up to 90MB/s and can easily play 4K UHD content. If you looking for performance driven memory card for raspberry pi than this is the best choice for you.

Netac is not a well-known brand but sure they can make quite reliable memory cards. Netac 667x is a high quality micro sd card fully compatible with raspberry pi 4 and available in various storage sizes such as 32GB, 64GB and 128GB. The product is IPX7 waterproof, anti-static and can withstand temperature of up to 85c. The memory card is made of high performing premium grade material ensuring maximum possible performance.

Netac memory card is a class 10 micro sd card, its read speed can reach up to 100MB/s and write speed can reach up to 25MB/s. If you not going to use your SD card mainly for 8K or 4K HDR content than this card is best choice for you. In terms of performance, it is similar to Samsung evo select but it is much cheaper than its competitor. The product also works fine with android and other devices which supports memory card.

This card is not the fastest but it sure gives the best reliability. Samsung evo select is probably one of the most well-known high endurance micro SD card for raspberry pi out in the market. It is quite popular due to its price and read speed ratio. The card is built to last reliability, have various protections such as temperature proof, waterproof and widely compatible with raspberry pi 4 and other raspberry pi models.

PNY Elite is another great memory card for raspberry pi use. The micro sd card is highly compatible with all kinds of raspberry pi models including raspberry pi 3 as well. The product comes with sd card adapter as well so you can connect your card easily with your laptop or PC. This card is quite durable. It comes with various built in protections such as magnetic proof, waterproof and shock proof.

The memory card is rated class 10 for speed and performance. Its read speed can reach of up to 90 MB/s and write speed can reach up to 25MB/s. If you are looking for a budget friendly micro sd card to use with your raspberry pi 4 than this is great option.

Gigastone gaming plus micro sd card is specifically designed for portable consoles but it also works fine with raspberry pi systems. The card is shock proof, waterproof and temperature proof, also comes with 5-Years of limited warranty which makes it pretty great choice for raspberry pi.

The micro sd card is rated class 10 and A1 for app performance, it has read speed of up to 90MB/s and write speed of up to 30MB/s. Considering its price and performance, this one is also pretty great option for using with your raspberry pi model. And if you are fan of retropie than you should definitely need to get this card.

What SD Card is Best For Raspberry Pi (Buying Guide)

All the above mentioned sd cards works fine with raspberry pi, just make sure to check below things before making an purchase.

Read/Write speed is one of the most crucial part of any storage device. Slower r/w speed means your overall system will not perform well. While copying files, watching 4K videos on your raspberry pi, make sure to get at least class 10 micro sd card for better overall performance. If r/w speed low then you might face stutter or slow apps opening while using Pi OS.

Also, keep in mind if you get an SD card which is 64GB or above, for better compatibility make sure to format it as ExFat file system. Exfat file system is recommended if your sd card is 64GB or above. Another advantage of exfat file system is that it don’t have 4GB file restriction which means it allows you to copy single 4GB file without causing any trouble. On the other hand FAT32 do not support a file whose size is larger than 4GB. So if you are having difficulty in file copying, then try formatting your card from FAT32 to exfat, it might resolve your issue.

Many of micro sd cards comes with various extra features, which don’t directly affect the card performance but can be useful in some case. For example, magnetic protection, waterproof, and high temp protection etc. So, getting a micro sd card for raspberry pi 4 which has such features can be useful sometimes. It is better to buy such card if you getting it in same or for a little higher price.

What Is Difference Between Micro SDXC and Micro SDHC?

What Size SD Card Should I Get For My Raspberry Pi?

It depends on how much data you going to store on your raspberry pi. It is recommended to get at least 32GB of micro sd card for general use. But if you going to store big files like movies or games etc than it is best to get 64GB size or above memory sd card.

Can You Use Raspberry Pi Without An SD Card?

Raspberry Pi don’t have any internal memory so this means it don’t comes with pre-installed operating system. Without an OS, you cannot perform core operations. So to make raspberry pi work, you going to need a micro sd card on which you can install Pi OS to make it functional.

On the above, we have talked about some of the best Micro SD Cards to use on the Raspberry Pi system. If you’re new to the Raspberry Pi, hopefully, we’ve made things a little easier! If you have any question, let us know in the comments.

Hi There. I am the creator of this website. I have done Bachelor Of Science in Information and Technology from Drexel University. By Profession, I am working for a reputable company as a Network Support and Cyber Security Engineer. In my free time, I love to explore new technologies, products, and services. Here, my aim is to bring top quality content to my website visitors. I will be posting tech reviews, tips, and much more. I hope you will enjoy your stay here. It's my pleasure to have you here.
Articles: 24 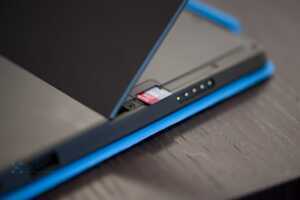 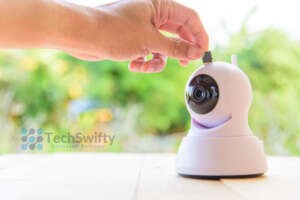 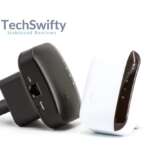