With the release of Sony PlayStation 5, a lot of people are upgrading older generation PlayStation console. But there are a lot of other people who don’t want to upgrade to newer generation PlayStation console especially if they have already upgraded their PS4 internal HDD to an SSD. Upgrading your PS4 or PS4 pro Hard Disk Drive to Solid State Drive can be game changing in terms of performance. A best internal ssd for ps4 can truly enhance the overall gaming experience, decreasing game load time, faster app opening etc.

And SSD drive has much faster read write speed as compared to traditional rotating Hard Disk Drive. These incredible drives eliminate long boot times, speed up how fast your apps and games load, and generally makes your PS4 console feel very smooth or speedy. Additionally, they are very much reliable to the extent that they can last many years without generating any error because they don’t have any moving mechanical parts like the HDD has. 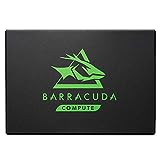 If you haven’t already upgraded your PS4 internal HDD to SSD drive, you should do it right now to get the most out of it. Now the problem is, when you head out to buy one of the best SSD for your Sony PS4 or PS4 Pro console, you’ll likely to notice that there are a lot of different brands out there making SSDs. This is great for anyone on a budget, because there’s a wide spectrum of price points.

But, because there are literally hundreds of SSDs models out there, it can be hard to find the right one that suits your expectations. That’s why we curated a list of some of the best internal SSDs for PS4 from which you can choose one according to your budget and storage requirement.

The Crucial MX500 is one of the most reasonably priced high capacity SSD drive available on the market at this moment. It offers fairly great price per GB ratio and the reliability that started with the MX500 series drives. In addition, while the SSD average price has lowered, the MX500 still offers good performance in both read and write operations making it one of the best internal ssd for PS4 and PS4 pro console.

The MX500 comes with a manufacturer warranty of 5-years, a statement that shows the true performance and reliability of the memory chips built on the advance 64-layer Micron 3D NAND technology. The MX500 series also offers encryption features that are performed on a hardware level instead of the older design that only used software level encryption. In order to achieve this, a 256-bit AES (Advance Encryption Standard) engine is used to maintain the overall performance of the SSD. The drive can reach max read speed of up to 560 MB/s and write speed of up to 510 MB/s making it one of the well performing SSD drives. Overall it is pretty great choice for your PS4.

WD is quite a popular name in storage world. They are known for making reliable internal and external storage devices. Western Digital Blue 3D NAND internal SSD Drive is no exception to it. If you want a 1TB or higher SSD drive at a great price but you would rather stick with a more recognizable name, this drive is best choice for your PS4.

The ssd drive is built using advanced 3D NAND technology and has WD F.I.T. Lab certification for increased compatibility, greater reliability and ensuring better overall performance of your PS4 console. It also comes with 5-Years of Limited Warranty. You will have loads of space for storage, having 560MB/s and 530MB/s read and write speeds and a 5-year manufacturer warranty. This ssd drive is fully compatible with both PS4 and PS4 pro.

In terms of performance and price ratio, Samsung 870 QVO is highly recommended internal ssd drive for ps4 console. Although it’s not the highest performing SSD drive out there but it will perfectly do its job inside a PS4 console.

The 870 QVO features Samsung’s newly built 2nd generation QLC V-NAND paired technology with the advanced SATA interface and its well-established MJX controller. Together, these components, the drive can deliver up to 560MB/s of sequential read and 530MB/s of sequential write throughput and up to 96,000/92,000 random read/write IOPS.

The 870 QVO is aimed at maintaining Samsung’s 4-bit performance while lower the costs, thus creating a more efficient and cost-effective SSD for consumers. However, performance is only one part of the equation: the 870 QVO uses lower-quality QLC flash chip that is supposed to bring lower prices and higher capacity to the masses. This SSD has same form factor as other internal HDD hence making it fully compatible and one of the best internal ssd for PS4 pro and PS4.

Seagate is a well-known name storage device world, making quality storage devices for PC, Laptops and gaming consoles. The Seagate Barracuda SSD is another one of the premium product from this brand. It is high performance yet quite affordable SSD drive a gamer can buy for his PS4 console for enhancing its gaming performance. The drive has 3D TLC NAND technology combined with advanced controller and supporting SATA 6Gb/s interface, ensuring maximum performance.

As stated by the manufacturer, this drive has 1.8M MTBF (Mean Time between Failure) and 1170 TBW (Tera Bytes Written) making it one of the most reliable SSD out there. The drive can achieve maximum read speed of up to 560 MB/s and write speed of up to 550 MB/s. The drive also comes with 5-years of manufacturer warranty and fully compatible with both PlayStation 4 and PlayStation 4 pro gaming console.

Kingston A400 is an exceptionally affordable way to breathe new life into your PS4, enhancing performance and boot time of PlayStation system. It can’t be compete with high-end SSDs in terms of warranty and endurance, but neither does it have to. The Kingston A400 is a standard 2.5-inch SATA solid-state drive. It comes without a SATA cable, with no screws. By the looks of it, Kingston has indeed cut all corners to lower the price tag.

The Kingston A400 is also equipped with TLC 3D Nand chip for faster and stable performance. In our testing, a 960GB Kingston drive can achieve maximum read speed of up to 520 MB/s and write speed of up to 450 MB/s. Write speed is somewhat low as compared to its competitors but considering its pricing, it is still one of the best option to use as internal drive in PS4 console.

Their are plenty of improvements you will experience after upgrading to an SSD.

Using Internal SSD, speed exceed 70% as compared to PS4 stock Hard Disk Drive. This is quite impressive to be honest. PS4 operating system will boot noticeably much faster, games and apps will take shorter time to fully load, and the data transfer speed between SSD and the external storage device will improve a lot, especially if you using an external SSD for transferring data.

If other players have SSDs within their gaming consoles, you all will get a smoother and enhanced multiplayer gaming experience considering better response time due to faster read write speed. Otherwise, if one of the players have the traditional rotating hard disk drive, there will barely be any noticeable improvement.

SSDs can last many years without having any kind of failure or data error. Yes, this is a fact about SSDs in general. They’re very reliable and durable to the extent that they can last too long (more than 5+ years) without a single failure thanks to its advanced NAND chip technology and not having any moveable parts.

This is very important factor for some serious players who care too much about their data from a sudden disk drive failure. But, on the other hand, you have to note that having a very low failure rate doesn’t mean it will never fail. It just means it’s very rare that a SSD fail within a month or two.

Modern SSDs with a renowned manufacturer come now with a standard 3 to 5-years of limited warranty. That is a very large warranty time period that indicates how reliable and durable SSDs have become now. Plus, this makes users tension free about the high price they paid for the SSD. They will feel that they don’t have to pay that much money any time before the next 3 – 5 years. Some even offers additional warranty coverage but they might charge more.

Is it worth putting a SSD in a PS4?

Inserting an SSD inside your PS4 or PS4 Pro will deliver a performance boost, but it’s worth lessening your prospects. While adding an SSD will improve your console by a solid amount, it’s not going to make your PS4 like a PS5 or a high-end gaming PC in terms of responsiveness or loading times. But still SSD going to give quite a speed improvement to your PS4.

No, SSDs would not increase FPS (Frames per Seconds) in games. What an SSD will do is load in game resources or assets much faster like maps or characters etc. but once the game and map are loaded, the game is no longer going to fully utilize the SSD. After fully loading, game now going to use RAM, and GPU power for its processing.

It depends on how many games you planning to store in your PS4 console. Bigger the storage size, more games you can fit in. SSD drives are not that expensive like it used to in the past. So, it is highly recommended to get at least 1TB of internal SSD drive for PS4 or PS4 pro.

Replacing internal hard drive of PS4, PS4 pro or PS4 Slim console is not that difficult. You just need a Philips screwdriver to open your console. A person having basic knowledge of PC system or know how to use a screwdriver can easily replace the internal hard drive of the console. You can also visit the Sony official site for text instructions or can see the below video.

Also, most important, make sure to backup all your data before doing SSD upgrade, and follow instructions very carefully otherwise you might unable to boot your PS4.

Is upgrading your PS4 hard drive worth doing? Absolutely. It is easy, takes less than an hour and can even be somewhat inexpensive: around the price of a brand-new game if you’re using a hard disk. And, if you spend more on an SSD, you can get a solid speed boost for your machine, too. It doesn’t even cancel your warranty – it’s as though Sony is willing you to do it!

Upgrading your PS4 hard disk does take a little bit of research, and it can be frightening to open your console – even if the process is agreeably simple. However, whichever decision you make, you’ll be happy with the expanded space.

And, if you’re able to use an SSD, then you can get a great speed boost as well as lashings of extra storage capacity. Whether you go for a hard disk or an SSD, it’s a no-brainer.